Catastrophic failures of lithium-ion batteries are rare. When they do occur though, the consequences can be quite serious. There have been past reports of serious injuries and deaths resulting from exploding cell phone and e-cigarette batteries, for example. As such, anything we can do to make lithium-ion batteries safer should be done. 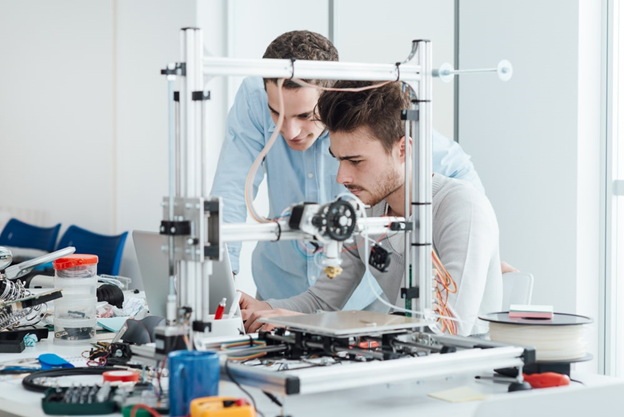 A group of researchers in Germany think they have come up with something. They have devised a non-contact way of measuring the charge state of a battery using magnetic fields. They say their method can also be used to detect potential problems that battery makers would otherwise be unaware of.

All batteries rely on a cathode and anode (the positive and negative ends of the battery) to store and transfer energy by way of a chemical reaction. In short, the chemical reaction inside a battery case increases the volume of electrons at the cathode (positive end). When the circuit is completed at the anode (negative end) power is transferred from the battery to the device it powers.

The German researchers surmised that normal battery activity might disrupt surrounding magnetic fields. So, they turned to something known as a magnetometer to see if they were right. It turns out they were.

Magnetometers are routinely used by theoretical physicists in their search for the origins of the universe. The devices are also used in a variety of commercial and scientific applications to measure magnetic fields. So, we are talking about a fairly common device.

To test their theory, the researchers created a magnetic field into which they place lithium-ion batteries. They then used a standard magnetometer to measure the strength of the magnetic field and any displacement caused by the batteries. They discovered that the amount of displacement was relative to the charge state of the battery being measured.

Using a magnetometer allows for a non-contact means of determining charge level. It also allows for observing other properties of the surrounding magnetic field that would indicate a particular battery is faulty. Battery faults are not so easily observed through current non-contact means.

To understand why any of this matters, we turn to Salt Lake City's Pale Blue Earth, an up-and-coming company that specializes in lithium-ion USB rechargeable batteries. The good folks at Pale Blue Earth explain that a non-contact way of measuring battery state could help manufacturers find faulty batteries before they make it into the pipeline.

If that is true for Pale Blue Earth batteries, it should also hold true for cell phone, laptop, and camera batteries. It should hold true for any lithium-ion battery that can be safely placed into a magnetic field.

Imagine being able to measure batteries before they are put on a plane and shipped across the country. Identifying faulty batteries ahead of time would greatly reduce the risks of catastrophic failure in flight. And that is just one example of the implications of this discovery.

In a more practical vein, the discovery opens the door to developing consumer solutions that would allow everyday users to better measure how much juice is left in their batteries. Such a solution would allow a runner, for example, to make sure her lithium-ion batteries are fully charged before she heads out on a run with her portable MP3 player.

Measuring battery charge state with a magnetometer is so remarkably simple it's a wonder no one thought of it before. But now that researchers have discovered it works, the doors open to all sorts of scientific and daily applications. If nothing else, the discovery could make lithium-ion batteries safer.