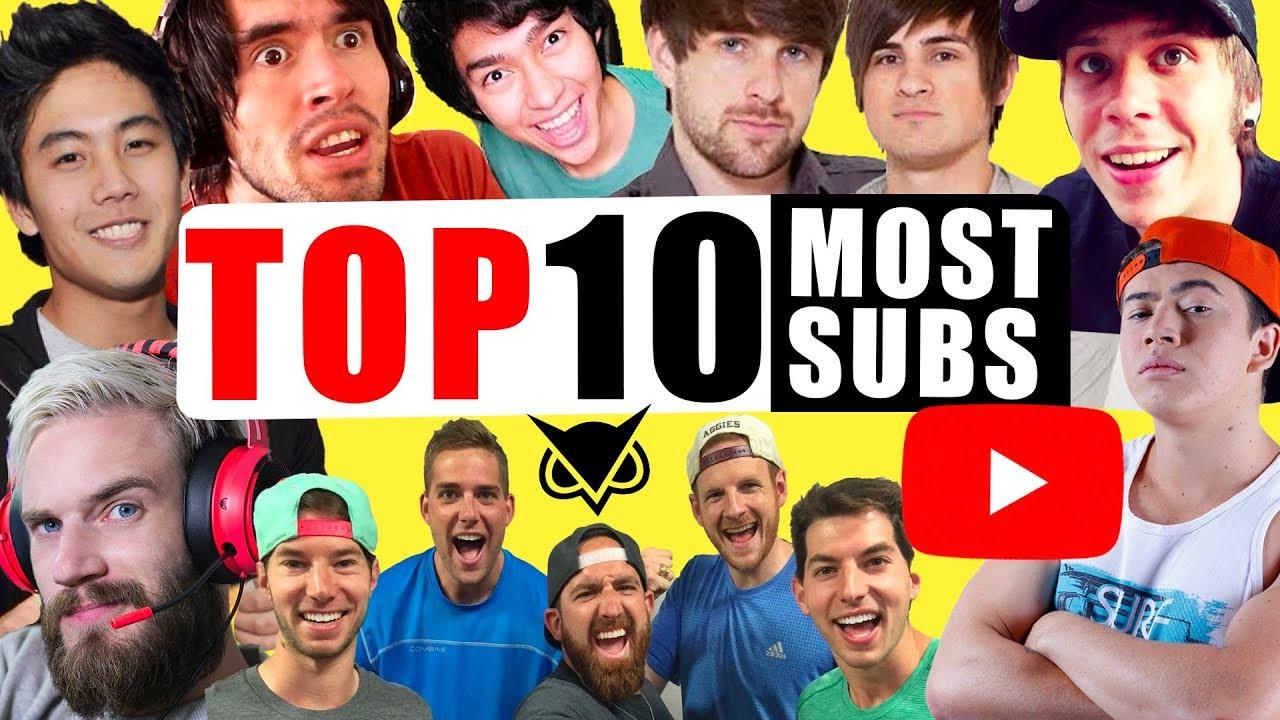 With the advancement in technology, social media trends keep on evolving with time. The social platforms especially YouTube has become an everyday need. it is really difficult to spend a day without using YouTube because from our favorite dramas, to reviews, DIY`s and every type of music video are available on it. There is no doubt that the great influencers and celebrities are posting videos as independent personalities to build a large fan following. The video platform is harnessed by every kind of vloggers which demands consistent work, good camera, and a reliable internet connection. According to the ranking with most subscribers, we have listed the independent YouTubers instead of their channels. So, get to know Top 10 YouTubers in the world.

PewDiePie also is known as Felix Kjellberg from the United Kingdom is popular for creating and sharing videos based on games. His coverage gas expanded to 98 million subscribers because of his honest commentary and observation while playing video games.

The famous personality German Garmendia owns more than 35 million subscribers on his YouTube channel JuegaGerman. He is basically a comedian creator who also works as a musician with a band known as Ancud.

Yes, the name is bit creaky, but the Brazilian YouTuber is famous for creating comedy parodies, music and movie comedy reviews. With more than 35 million subscribers, WhinderssonNunes runs the 2nd highest Brazilian channel.

The famous Salvadoran Twitcher and YouTuber, Luis Fernando Flores Alvarado owns subscribers with more than the population of country he lives. With a count of more than 33 million subscribers, Luis creates unique YouTube content for his followers.

Brazilian comedian, actor and a Youtuber has reached 32 million subscribers by giving its audience the daily content based merely on movies, daily activities, and celebrities.

With 26 million subscribers, Samuel de Luque is a famous Spanish gamer who YouTubes about his gameplay. He uploads about gameplay, their plots, stories, and related content.

The Canadian YouTuber is successful to gain popularity within a short span with 24 million subscribers. His name Evan Fong is well known for posting videos while playing games with his friends and different YouTubers.

The Brazilian YouTuber and well-known comedian LuccasNeto Ferreira gained 6 billion views on his channel in a year. Currently, he owns around 24 million subscribers.

Do you love traveling then do not forget to follow Luis Arturo VillarSudek channel on YouTube with title LuisitoComunica. The amazing person shares all his vlog videos while traveling and describes cultures, compares different things and shares his experiences.

From famous streamers to reviewers, musicians to pranksters, all of the personalities produce exceptional content. The top 10 YouTubers in the world surely have a great cultural influence on the internet audience. So, if have missed any of the famous YouTuber don’t forget to subscribe. They all also use their twitter account to tweet about their new blogs and videos. You can download twitter videos they have shared you save on your computer/tablet.