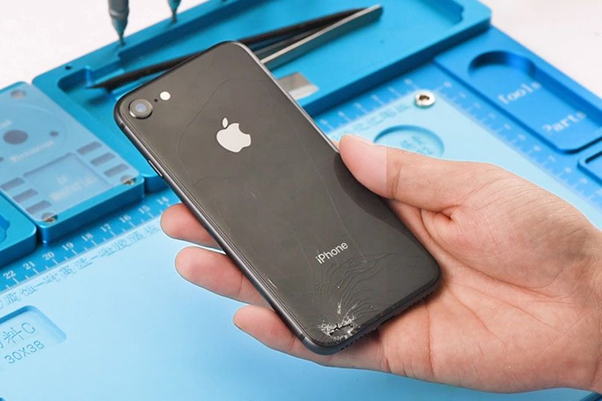 How does your day look like? Are you waking up early, checking the news at a morning coffee, the weather as well just to be on the safe side, setting up your navigator to accomplish your daily commute, browsing the internet for some juicy feed, listening music and indulging a calculated amount of entertainment material? Well, it turns out you are using your phone just about like anyone else – a lot.

That is not to say excessively, but our lives have inexorably become intricate enough to demand from us an elevated attention to our phones and their applicability. As you may be using your iPhone 8 for tasks beyond phone calls, the battery takes its toll. So how does it all work?

Firstly, your phone is designed to convey a seamless and fast experience through the intricate combination of advanced technology and complex engineering – the iPhone 8 battery not being an exception. It’s continuous and laborious application, however, induces the battery into a state of regression and galvanic decay. It probably also doesn’t sound unfamiliar that your close smartphonic companion, after a year and a half of faithful servitude, has suddenly started his naughty rebellion with periodic glitches and lags. Nonetheless, don’t be alarmed – all rechargeable batteries have their own lifespan, which, when decreased, significantly affects the performance and capacity of the smartphone. It is simply the life of a battery!

But before jumping into problem resolution, here are a few things you might want to check before changing your battery:

If there are too many applications ravaging your internal memory capacity, clean up the running memory and reduce the strain on your iPhone 8 genuine battery.

Sketchy applications of doubtful origins lurk around on the internet, and they can quite often find their way into our device without us even noticing. Latent apps remain in the background while also cocktailing some of the energy of your battery. Delete or close them.

You can set your phone on low power mode to reduce its power consumption and let the phone focus on only a subset of applications in parallel.

Very often one of the main determinants of battery drainage is iPhone 8 screen brightness. Consumers usually underestimate the amount of battery power it can drain, which is why having a low-brightness screen standard will surely expand the life of your battery. 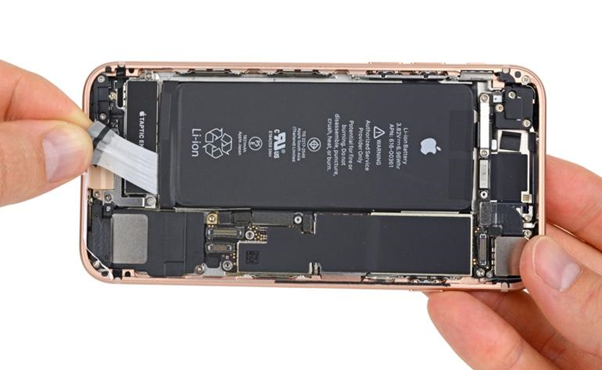 Now, to the matter at hand. There are three main ways to replace your iPhone 8 battery. The traditional method for iPhone 8 battery replacement is signing up for an Apple Store battery replacement support. You will visit the physical store and the technical specialists will be able will take care of the technical aspects of your repair. However, if the one-year warranty or Apple Care subscription has expired, you will have to pay the cost for technical care.

A second option would be to find a third-party repair shop and entrust your device to their technical professionals. This is more of a gray area and it frankly depends very much on the local circumstances. The third-party repair store might be reputable enough to assume liability for their work and solve your issue, sometimes quicker and cheaper than your typical Apple Store.

If, however, you are looking to feel crafty and your pocket is rather empty, you can attempt to replace the battery by yourself. There are quite a few things to keep in mind, but hopefully this list of steps below will prove sufficient to deal with this challenge head-on:

 Discharge your battery below 25%

 Power off the phone before disassembling

 Heat the lower edge of your phone to loosen up the display adhesives. For this purpose, you can use an iOpener

 Pull the suction cup upwards to create a small gap between the panel and the case.

 Use an opening pick to slide from the beginning of the gap around the edges of the phone while holding the display in place. Note: Do not pry open the top edge of the display from the case – it is attached by plastic clips that may break upon pressure.

 Open the iPhone 8 lcd by swinging the display up from the left side, like the back cover of a book (Don't try to fully separate the display yet, as several fragile ribbon cables still connect it to the iPhone's logic board.) 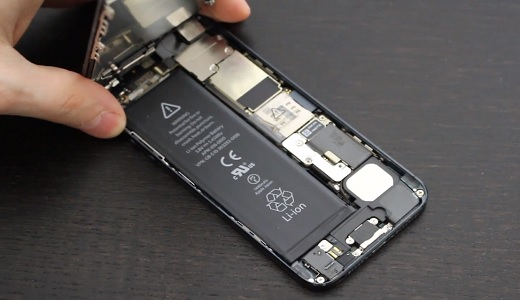  Unscrew the four Phillips screws sealing the lower display cable bracket to the logic board and remove the bracket.

 Disconnect the display connector from its socket, as well as the second lower display cable.

 Remove the three Phillips screws sealing the bracket over the front panel sensor assembly connector and remove the bracket. Disconnect the panel.

 Unscrew the three screws sealing the bracket next to the Taptic Engine and remove it.

 Disconnect the diversity antenna flex cable from the logic board.

 Finally, the two pieces of adhesive attached to both the top and bottom part of the battery must be slowly pulled away from the battery until it slips out from between the battery and the case.

After following these steps, you should be now able to do an iPhone 8 battery replacement and reassemble your phone back. The process might seem long and tedious, but it is worth the try and not an ordeal as it might first seem. And now, have fun with your upgraded device!